References To Subtle Energy Body Can Be Found In Taoist, Hindu And Jewish Traditions 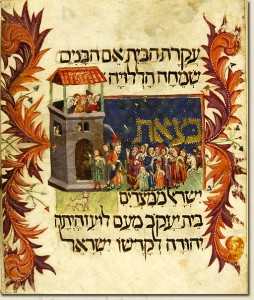 The concept of a person being made up of a subtle energy body has actually been around for millennia.  Described by ancient schools of healing in both the East and the West, this mysterious life force energy is the basis of all life.  Its life giving properties are referred to in almost every spiritual tradition and culture worldwide.  According to a National Institutes of Health study, there are well over 50 different and distinct terms used to describe this subtle life force energy including chi, prana, holy spirit, manna, ether, orgone, biomagnetism and zeropoint.

Doctrines that incorporate the conception that we are made up of subtle energy can be found in ancient philosophical traditions, particularly those of India and China.  It also is part of the teaching of the Qabalah, the basis of Jewish mystical traditions.

Each of these philosophical traditions holds a piece of the puzzle as we seek to understand subtle energy and how it interacts with the world around us.

In China, Taoists view all life as being whole and undifferentiated as it moves and flows, ever changing and dependent on the viewpoint of the observer.  Here the concept of subtle energy is called chi’.   Taoists believe that we are all filled with chi’ which runs through the bodies in a series of energetic vein-like structures called meridians.  It is thought that the meridians are lines of communication that carry the necessary information to guide the growth of a fetus and play a pivotal role in the repair and healing of the body proper.

According to Taoist beliefs, the whole of life is dualistic in nature with the two parts, the yin and the yang, being aspects of and making up the whole.  The movement of chi’ is likewise expressed in the form of the Yin/Yang.  The Yin/Yang speaks purely of energy and the energy dynamics found in the universe.  The universe and all things within it are seen as positive or negative, light or dark, male or female.

In the Yogic tradition, an ancient philosophical doctrine from India, the nature of the subtle energy body is described in a more structured manner.  According to this system, we are more than just a physical body.   In fact we are made up of 5 separate bodies, each vibrating at different frequencies, which include the physical body, the etheric body, the emotional body, the mental body and the causal body.  Each are seen as controlling an aspect of our physical form as well as regulating our action/reaction to stimuli from the world around us.

We are also made up of a number of unique energetic components including the aura, or electromagnetic field around the body, the chakras, or energy centers within the body and the nadis or energetic channels that run through the body.  In this tradition, our life force energy is called “prana.”

In the Qabalah, the concept of our subtle energy body based self takes on an even more pragmatic appearance.  The movement of subtle energy is expressed in a linear format, where it’s creative, formative and limiting nature is identified.  It explores the dynamics of energy and energy flow, thus providing a detailed and comprehensive explanation of its workings.

These concepts are represented by the Tree of Life, which is made up of 10 sephiroth or centers of energy on 7 separate yet distinct levels.  The sephiroth are arraigned on 3 pillars, one positive, one negative and the last one being neutral.  According to Qabalistic traditions, consciousness manifests itself in four different worlds:  Azilut, Beriah, Yezirah and Asiyyah.

Each of these schools of thought agree upon a number of points regarding subtle energy, especially the concept that our life force energy is the basis of all life and the source of all movement, not only in the human body but in the universe as well.  Dion Fortune in his book The Mystical Qabalah stated, “And when we find three of the great metaphysical systems of the world in complete agreement, we may conclude that we are dealing with established principles and should accept them as such”

Bestselling author, Dr. Rita Louise, is a Naturopathic Physician and the founder of the Institute Of Applied Energetics. It is her unique gift as a medical intuitive and professional clairvoyant psychic that enlivens her work. Let Dr. Rita assist you bringing health, healing and wholeness back into your life.