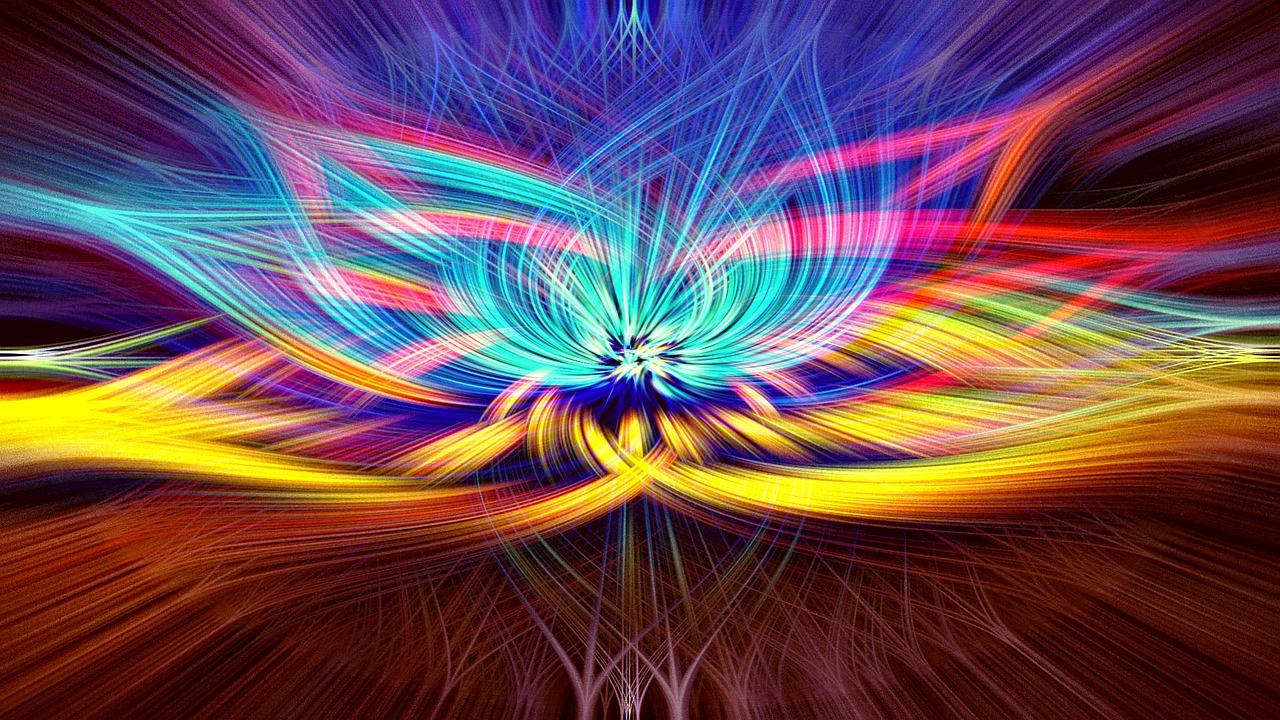 The chakras play a critical role in the subtle energy movement between the subtle bodies. According to Richard Gerber, author of Vibrational Medicine: New Choices For Healing Ourselves, they can be thought of as functioning like electrical transformers.  An electrical transformer reduces or amplifies the voltage of an electrical current.  Chakras, like their physical counterparts, step down or increase subtle energy from one frequency to another or from one dimension to the next.

Energy is transported via the nadis, with the chakra functioning as a sort of relay station.  Incoming energy is slowed down until it reaches a vibration or frequency our subtle bodies can assimilate.  In essence, the chakras regulate subtle energy movement by controlling the flow of energy into our bodies, providing it to us in a form or vibration we can process.

The chakras of the mental body, for example, reduce the vibrational frequency of the energy it receives from the causal body.  From here it is either disseminated into the mental body, or is passed on and slowed down even further as it travels on to layers of a slower vibratory rate.  This continues through each of our subtle bodies, until it reaches the physical body, where a physiological or hormonal response occurs.

This is easily illustrated when you look at the flow of energy through the four worlds of the Qabalah.  It shows energy and information as it comes in through the 7th chakra of the causal body where it travels through the causal body to its 1st chakra.  Like a transformer that increases or decreases the current in a circuit, the subtle energy movement of the 1st chakra interfaces with the 7th chakra of the mental body where the energy is transformed into the appropriate frequency required by this body.  The energy then moves through the mental body until it reaches its 1st chakra where it interfaces with the 7th chakra of the emotional body.  The same pattern holds true of the emotional, etheric and physical bodies where energy is transformed into the next lower energy vibration until it is manifested in the physical world.

Another way of looking at the subtle energy movement through our chakras from one subtle body to the next may be reflected in the physics of black holes.  Generally speaking, physicists believe that black holes are areas of space that are densely filled with matter in a very small space.  Created by a collapsed star, this concentration of matter is thought to have such an immense gravitational pull that nearby objects, including light are pulled in and are unable to escape.

Based on mathematical models, using Schwarzschild Geometry, it is theorized that once you cross the event horizon of a black hole time/space is distorted.  It is believed that some black holes connect to what are called white holes via a funnel of energy called a wormhole.  It is thought that wormholes may be pathways into other universes or dimensions.   While it is too early to speculate upon the relationship between black holes and the movement of energy and information from one layer of the subtle body to another, it does leave you something to ponder.

Bestselling author, Dr. Rita Louise, is a Naturopathic Physician and the founder of the Institute Of Applied Energetics. She is the author of the books The Dysfunctional Dance Of The Empath And Narcissist, Stepping Out Of Eden, ET Chronicles: What Myth And Legend Have To Say About Human Origin, Avoiding The Cosmic 2X4, Dark Angels: An Insider’s Guide To Ghosts, Spirits & Attached Entities and The Power Within as well as hundreds of articles that have been published worldwide.

Dr. Rita has appeared on radio and television and has spoken at conferences covering topics such as health and healing, relationships, ghosts, intuition, ancient mysteries and the paranormal.

Let Dr. Rita assist you bringing health, healing and wholeness back into your life.